skip to main | skip to sidebar

ST. LOUIS- The radio voice of the Missouri Synod announced today the replacement programming that will fill the void left by the cancellation of the popular Issues, Etc program. In the afternoon drive-time slot once occupied by Issues, according to KFUO director Dennis Stor 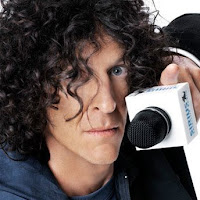 tz, the station will feature a show hosted by controversial shock-jock Howard Stern.

Stortz describes the move as one designed to shift the focus of afternoon programming “away from the ‘issues’ over to the ‘etcetera.’”

"Stern is a voice capable of reaching far more listeners than any of our other radio personalities,” Stortz said.


While a schedule has yet to be released, stay tuned to The Organ for up-to-the-minute news as it becomes available.
Posted by Old Pete at 2:30 PM 1 comment:

"Jesus is a Republican," says LCMS

ST. LOUIS- In the wake of last month’s Missouri Primary, the Lutheran Church - Missouri Synod today made its voice heard, announcing its conclusion that Jesus is, indeed, a Republican.

"There is a renewed effort in the Lutheran Church - Missouri Synod to actively engage the pressing questions and issues in our culture," says one LCMS spokesperson. "One such issue is whether you can be a follower of Christ and vote Democrat. Though only God can judge a man's heart, we are able to make what I like to call a 'Theolgical Guesstimation.'"

While the political affiliations of God the Father and God the Holy Spirit are open to debate, it is clear how Jesus would vote.
The issue has become a point of interest, since past elections have hinged in part on the vote of conservative Christians, who played a major role in securing the election of President George W. Bush to his first and second terms.

The decree from on high in the LCMS, however, is not without contention. The dissent focuses, for the most part, on two issues:
-The key role a donkey played in the ministry of Jesus, specifically on his triumphal entry into Jerusalem.
-The fact that it is hard to imagine that God would really want George W. Bush in office.

At the time of publication, the Republican National Committee office had no response to these two issues.

Political pundits covering both major parties view the announcement as somewhat of a formality, as their poll numbers already show that pretty much all the LCMS Lutherans vote Republican anyway.
Posted by Old Pete at 1:50 PM No comments:

Labels: politics
Newer Posts Older Posts Home
Subscribe to: Posts (Atom)
The stories you are about to read are true. The facts have been changed to indict the innocent.